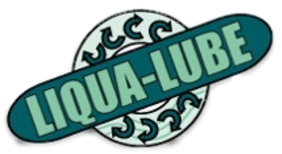 Call or Email us to order:

Click here to view the testimonial of our friends at Walleye Central, longtime fans of the Liqua-Lube product.

Our customers have enjoyed the liqua-lube system since 1986.

We know you will too.

Liqua-Lube It! or Lose It!

"I have had Liqua-Lubes on my travel trailer for 18+ years. I am still using the same bearings that came with the trailer some 20 years ago. The hubs run cooler than with grease and it rolls easier. All that I have to do is look at the caps when I stop to refuel and know that the bearings are being quite adequately lubed. This trailer has been pulled over 100,000 miles with Liqua-Lube. There is no other way to go!"

"I have been using the Liqua-Lube system on my dual axle boat trailer that holds my Skeeter 1850 ever since I bought it new in 1995. One of the first things I did was to swap out the grease system in favor of the Liqua-Lube system based on my previous initial experience with Liqua-Lube on my previous Skeeter boat trailer. In both trailers, I have never had an issue and have never needed to replace a bearing yet. Absolutely awesome system without all the mess of grease. Best part is changing out the liquid...it's so easy to drain and refill. In between liquid replacements it is so easy to quickly check the fluid level too...great for peace of mind!."


Wilke Chiropractic Office S.C"I purchased a new Kay-Dee trailer equipped with the Liqua-Lube system 16 years ago. Six grandsons, two sons, and five nephews fishing Walleye and Salmon tournaments have kept the boat and trailer on the road almost continuously from March thru September. Over the years I have only performed repairs on the 4-wheel system three times: replacing external covers/seals when damaged by road debris or backing into launch docks,  and replacing two bearings @ $8.00 each only once. Checking lube levels every spring and adding fluid, if needed, takes about 10 minutes.

Bottom line.... the bearings still operate like new. If you raise the wheels and spin them by hand, you will fall asleep before they come to a stop by themselves. Pretty good for 16 years."

"I contacted your office to see about obtaining a replacement filter plug. They were sent to me free of charge which was great. I've had your product on my boat trailer from new and they have never failed to perform as advertised. I've gone through 3 sets of tires and your oilers are still working. I'll never have a trailer without your product on my trailer."

Just a short note to tell you thank you for the prompt service I received when I called your office today to order a part for my boat trailer. I purchased my Bass boat in March of 1996 and installed the Liqua-Lube system in June of 1996. After approximately, 15,000 miles and 18 years later I have to replace one of the clear hubs. I change the lubricant every spring and I have had great service. Everything is still original from the day I installed your system. Sure does take the worry out of towing the boat.

Again thank you and keep up the good work.

"I wanted to drop a line letting you know that I think Liqua-Lube Hubs are the best thing since the wheel itself. I fish for Skeeter Boats and am on the staff of the Northern Bass Anglers Association, a 3000 member tournament organization out of Michigan. I average about 30,000 miles a year on my boat trailer and have 90,000 miles logged on my present trailer. I am also sponsored by Mike Laymon of Trailer Works here in Richland, Michigan. I have experienced no problems in the six years I have been using your product. Mike checks my trailer at the beginning of each season and we have not seen any wear on the bearings yet! I was at tournament in Louisiana two years ago when the temperature was hitting 107degrees. I was the only boat without grease coating my wheels. You could actually touch my lukewarm hubs while everyone else’s were burning hot! Mike has given me a stand with Liqua-Lubes mounted on a hub that I display at the N.B.A.A booths at all the Boat Shows. It is amazing at the large number of people interested in the hubs. Enough interest has been shown that two of the largest marine dealers in Michigan and Indianapolis want Mike to set them up as authorized dealers. I am also including photos of the N.B.A.A booth and a picture of your hubs the day after I drove home for 6 hours from a tournament. I think the ice formation is quite unique. Now if that doesn’t show how cool they run nothing does!"

N.B.A.A VP in Charge of Operations

Editor/Owner of The Wilderness Report Newsletter

"We've field tested the LIQUA-LUBE COMPLETE HUB LUBRICATION SYSTEM for the past three years. That amounts to more use and abuse than the average fisherman dishes out in a lifetime. Thousands of miles of travel, countless boat launchings and roads that aren't really roads, there's just no trees. The LIQUA-LUBE SYSTEM stood up to our punishment. there's no doubt LIQUA-LUBE will work for you."

"Since installing the Liqua-Lube complete Hub Lubrication System, I have noticed several improvements over my previous bearing lubricators. The grease marks that used to cover my trailer wheels have completely disappeared. I no longer have to stop every so often to check the wheel bearing temperature. And best of all, I've noticed a definite increase in my tow vehicle's fuel economy. I recommend this product to all NAFC Members who tow a boat trailer."

"The Liqua-Lube system has been maintenance-free, even during long-distance trips. Not once since installing them have I needed to stop to check grease levels in the hubs. There have been no problems with water, dirt or leaks, and the temperature in the hubs is always low. If you are not mechanically inclined, I suggest having a mechanic install the system on your trailer"

"I purchased your Liqua-Lube system for my boat trailer two years ago at the fishing expo in Madison, WI. You forwarded it to my marina, who installed it on my trailer. The system has been totally maintenance-free since it's installation. I still have the part bottle of lubricant I was given after installation of the hub. I usually put about 3500 miles a year on the trailer to the various "secret spots" to enjoy good fishing. I keep checking the fluid level in the hubs and they have not changed after all those miles. I would recommended the Liqua-Lube System to anyone using a trailer."

"I have been an avid fisherman for approximately the last 15 years. In the last 12 years I have owned four different fishing boats. The last three I purchased brand new. Of those three, only the last one has the Liqua-Lube system in the trailer hubs. The fact that the trailer has this system really is as a result of my insistence to my dealer that I upgrade on the others. These others were both the same brand and one of the largest trailer manufacturers in the U.S. I fish quite often and had almost constant trouble with various parts of the trailer. One was that the trailer lights always kept burning out on me. The manufacturer has said in their literature that their trailer had 'waterproof lights' when in actuality they were only 'submersible.' The other problem area was the hub system. Their trailer did come with the well known brand of bearing protectors but I soon would develop problems there too. The hubs would get hot and require constant monitoring due to the heat buildup. Re-packing the bearings, taking a grease gone along 'just in case.' My new trailer has the Liqua-Lube System and has had NO PROBLEMS at all in the last four years since I bought this trailer. I have only changed the liquid in the hubs two times (the first two years I didn't change it at all). The hubs have only gotten 'luke warm' at their warmest and I have been to Minnesota three times (a 450 mile drive each way) and to Canada twice (a 610 mile drive each way). I will do everything in my power to have this system on the next boat trailer I buy and if the manufacturer won't allow this I will order the trailer without the hubs at all (or change to this system upon getting it) and have the Liqua-Lube System installed locally. I have absolute confidence in the Liqua-Lube System...and I need this confidence as I am not a mechanic and if problems occur (and no one needs those kinds of problems - especially on the road) I would have difficulty fixing them. The cost of the system is no more costly than the other, antiquated method and probably is much less costly than the other when you consider maintenance and 'down-time.' Now, each spring, all I do is drain the old liquid out of the hubs and add more Liqua-Lube (and even I can do this). According to the manufacturer, I should be able to do this for years before ever needing to buy new bearings. Liqua-Lube is THE answer to solving all the problems associated with trailer hub problems as far as I am concerned. Should you want to hear more about it don't hesitate to e-mail me."